The Evolution of the Village of Ozona

The first recorded homestead in Ozona was that of Walton Whitehurst in 1875. After blazing a trail from Tampa along what is now known as Hillsborough Avenue and Tampa Road, Ozona's early settlers discovered the area's outstanding beauty. The town of Yellow Bluff, Ozona's original name, was platted by J.B. Walton in 1882. The settlement of the area had everything to do with location and favorable climate coupled with the abundance of fresh seafood available in St. Joseph Sound. In 1887 the Orange Belt Railroad opened, bringing an influx of tourists to Yellow Bluff. Commercial fishing and citrus farming became the area's primary ways to make a living. In 1888, fearing a negative connotation following the national epidemic of yellow fever, the townspeople of Yellow Bluff changed the name to Ozona, meaning clean air. Many believed that the waters of St. Joseph Sound contained healing properties and flocked to the area to escape the epidemic. During this time, a few fish camps were established for the local commercial fisherman. The location of one of these camps is where Ozona Fish Camp is today.

Some of the oldest roads and bridges in all of Pinellas County are right here in Ozona. The main route south was called Dixie Highway , now Orange Street . Tampa Road , which originates at Orange St. , was the first paved (graded shell) road to Tampa . During the boom time (pre 1929), Tampa Road was paved with dark red bricks, when these were replaced by asphalt in the 1970’s many area residents acquired these. You can see them used for walkways, driveways and walls here and there in the older part of our neighborhood. Where the Pinellas Trail overpass is now located, the original Dixie Highway took a jog to the east and continued south toward Dunedin . The tiny bridge on Orange Street near Homeport Marina was once essential for linking the communities of Dunedin and Ozona. Of special local significance is the historic, arched bridge along Shore Drive that locals fondly refer to as “ Thrill Bridge .” A slight acceleration upon approach in a motor vehicle can result in a moment of weightlessness upon crossing!

Ozona has shoreline to the north on Sutherland Bayou, west on St. Joseph Sound and south on Smith Bayou. Docks, bait shops, boat ways and marinas were once located at many homes along the waterfront. The first wharf was built at the west end of Bay Street around 1883 and was known as the Yellow Bluff Pier. Through the years, whenever the dock was damaged or destroyed it was rebuilt by local businessmen. This dock area was the site for many commercial ventures including a general mercantile, later a drug store and clinic, and local residents still remember the Ozona Fish House. Net spreads covered the waterfront and much activity took place in this area. The Fish House and dock were taken down in the 1960’s. Then as now, Ozona neighbors gather each evening at the end of Bay Street to witness the close of the day, but the old timers still miss the dock.

The Evolution of Ozona Fish Camp

During the early 1900s, Ozona continued to grow as a vibrant fishing community. Ozona Fish Camp, originally called Hager’s Fish Camp, offered boat storage and launching. In the 1950s, after the U.S. Army Corps of Engineers dredged a channel into Ozona from the Intracoastal Waterway, the Hager Family expanded the marina. The marina changed hands a few times, eventually resting in the hands of John and Patricia Dreyer. The marina's name was officially changed to Pat's Landing. In 1985, the Dreyers built their residence over the bait shop. Mrs. Dreyer continued to operate the marina for eight years after her husband's death 1990. In 1998, she sold it to Dave and Betty Missigman. In 2000, Tony and Jayne Marino became the proud owners of Pat's Landing. In 2004, while undergoing significant improvements in facilities and services, the name was changed to Marino's Marina. In 2015, Eric and Karen McLendon purchased the marina from the Marino’s and changed its name to Ozona Fish Camp.

The Evolution of OFC Apparel

After Eric and Karen McLendon purchased the marina, they wanted to recreate the culture and history of the township of Ozona. With the help of Evan McLendon, their son, he started painting some of surrounding barrier and spoil islands with local fish in them. Together, they produced the first shirts called the inshore series and started selling them in the marina store. They have continued expanding the line with the offshore series which highlights the fish that you might find in the local restaurants.

Born in Clearwater, Florida, Evan began his love of the arts in grade school. Encouraged by his parents and Art teacher, he participated in creating pastel pieces for art shows in middle school where he won Best of Show several years.He also started exploring his talents in music playing the saxophone for concert and jazz band, as well as playing major roles in plays and musicals.

His talents in art and music developed through high school at Palm Harbor University. He joined the Marching Band and continued to play the sax in concert band and jazz band where he played on stage his senior year with The Peppers, and his marching band played several times with the local saxophonist Mindy Abair. While beginning in pastels medium, it was during this time that Evan experimented with pen and ink, acrylics, and watercolors. It was one of his acrylics that was used to promote the fundraising concert with The Peppers entitled “Jazz at the Harbor.” He continued to grow during his spare time while earning his Bachelor’s degree in Mechanical Engineering at USF. Prompted by his dad to paint the fishing series for the newly acquired marina, watercolors are what Evan decided to use for Ozona Fish Camp’s apparel line. 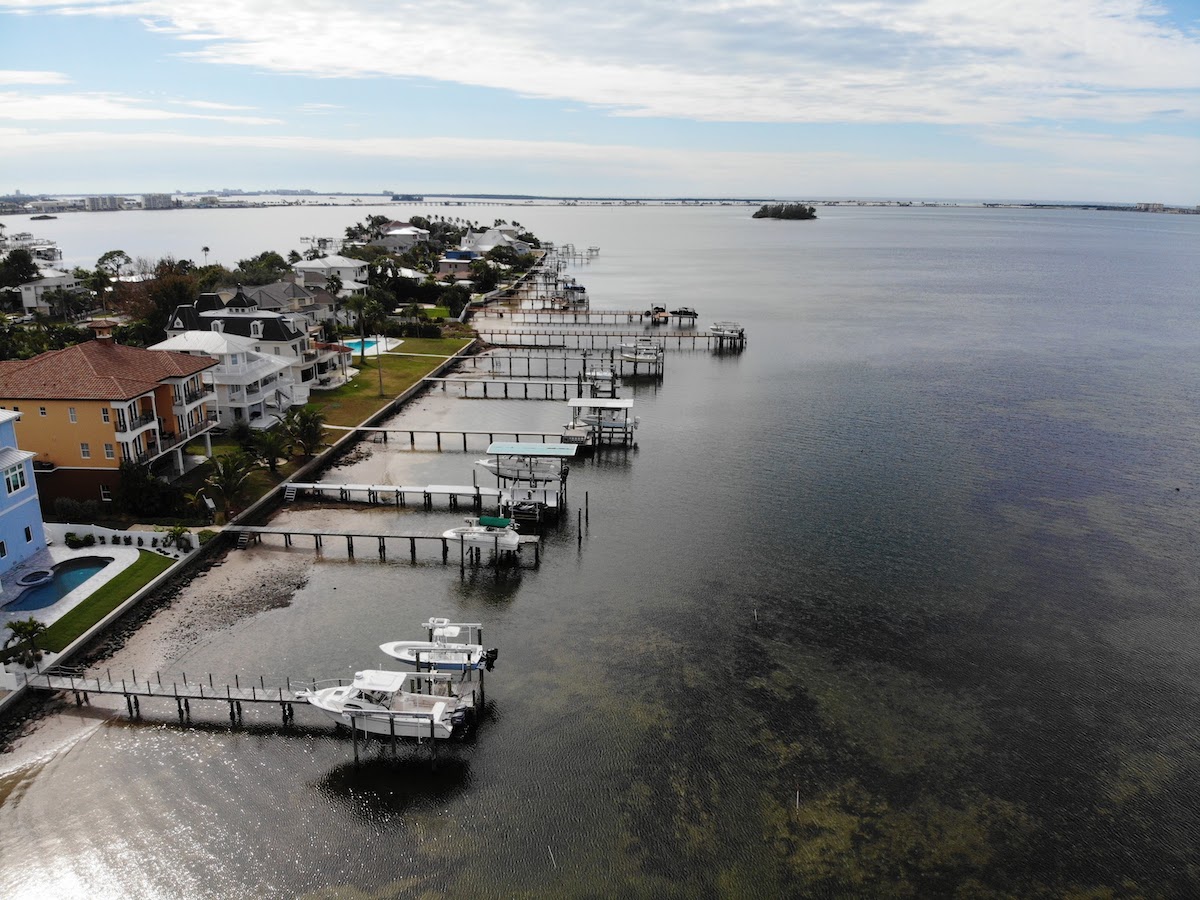